Environmental Humanities affiliated faculty have authored and edited books on a diverse array of subjects, from literature and history to communication and environmental activism. 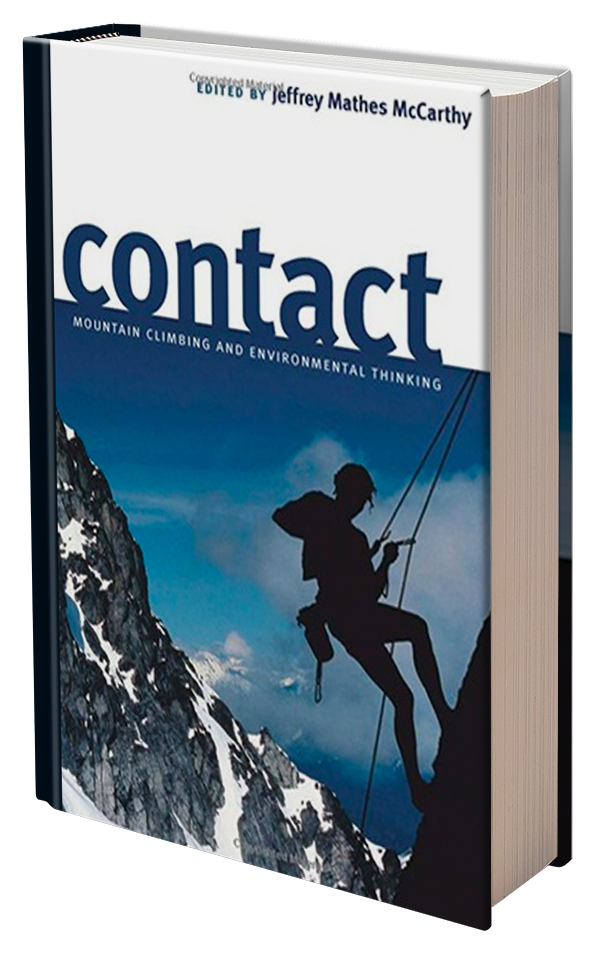 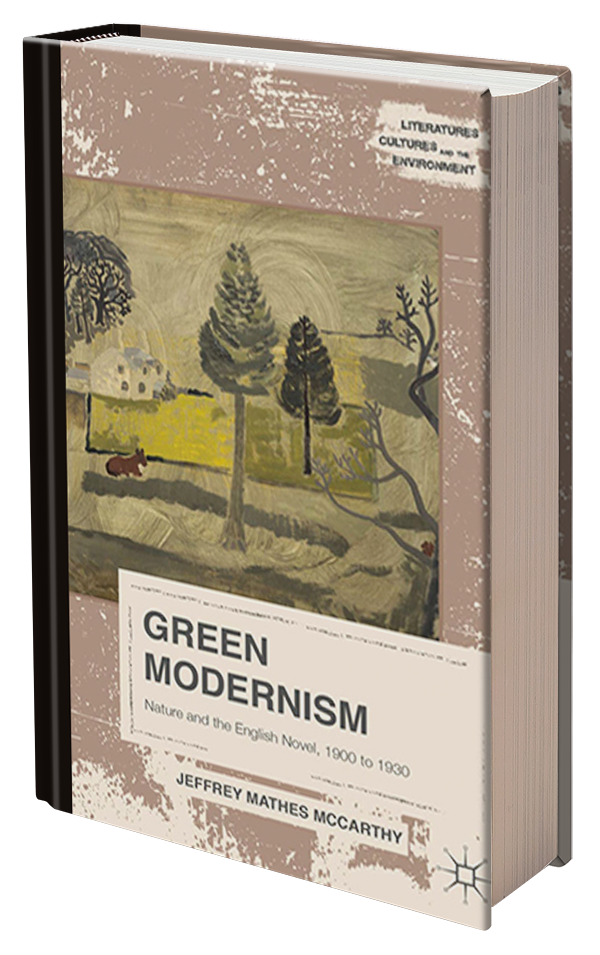 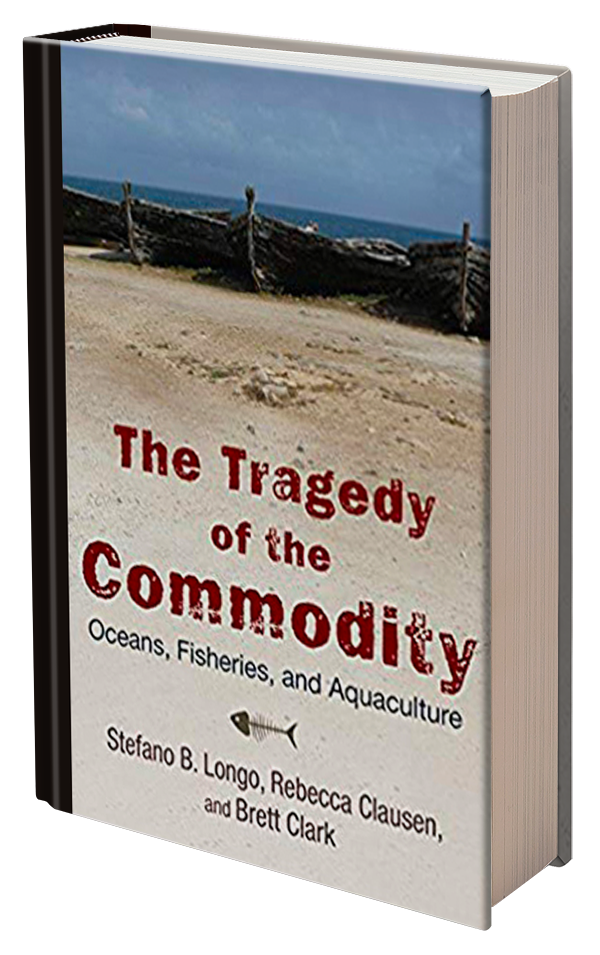 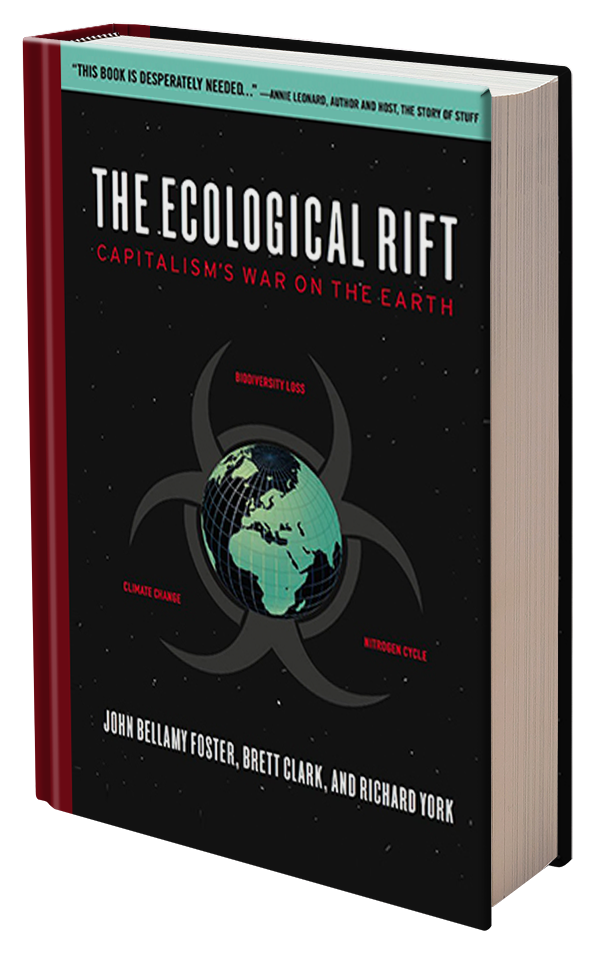 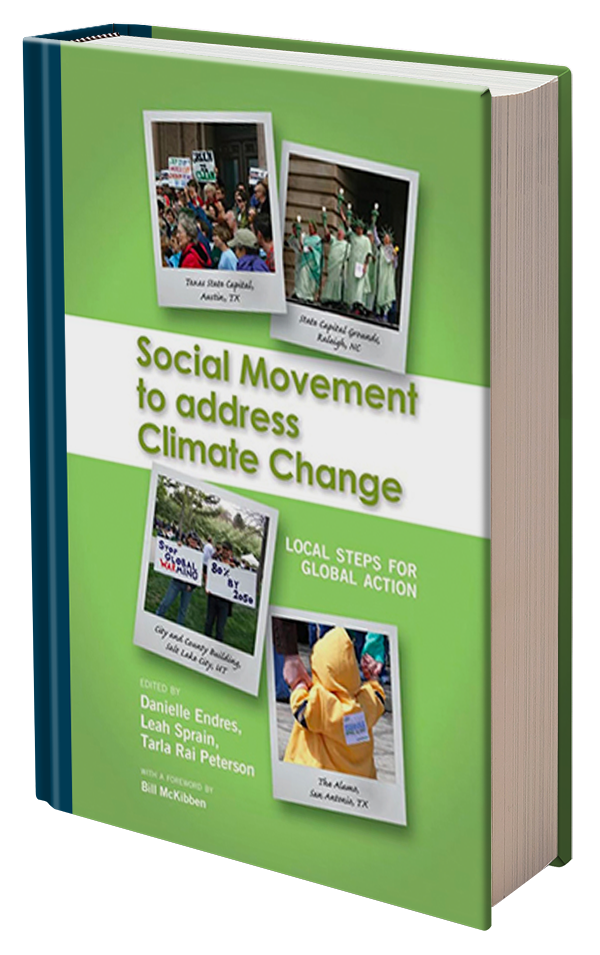 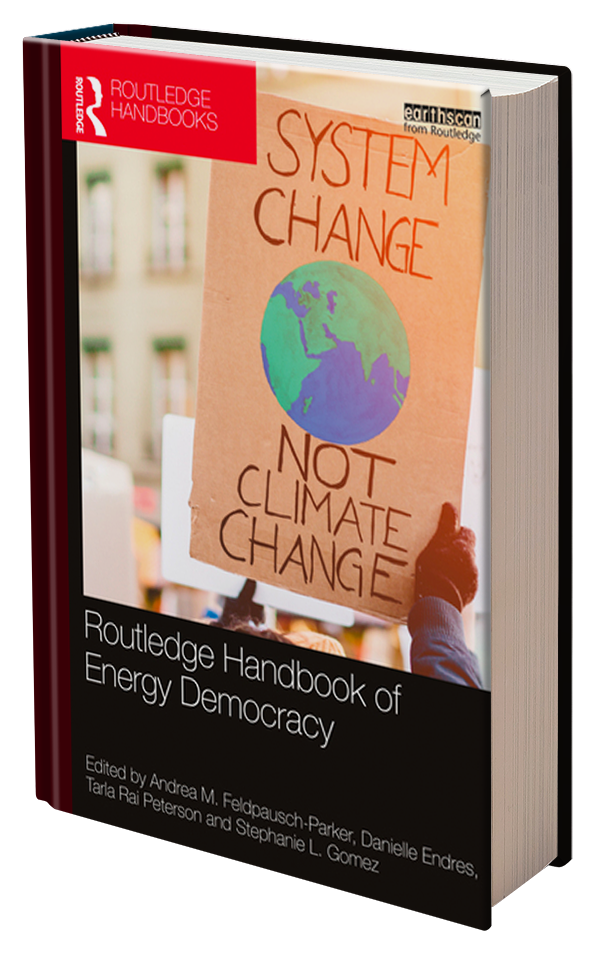 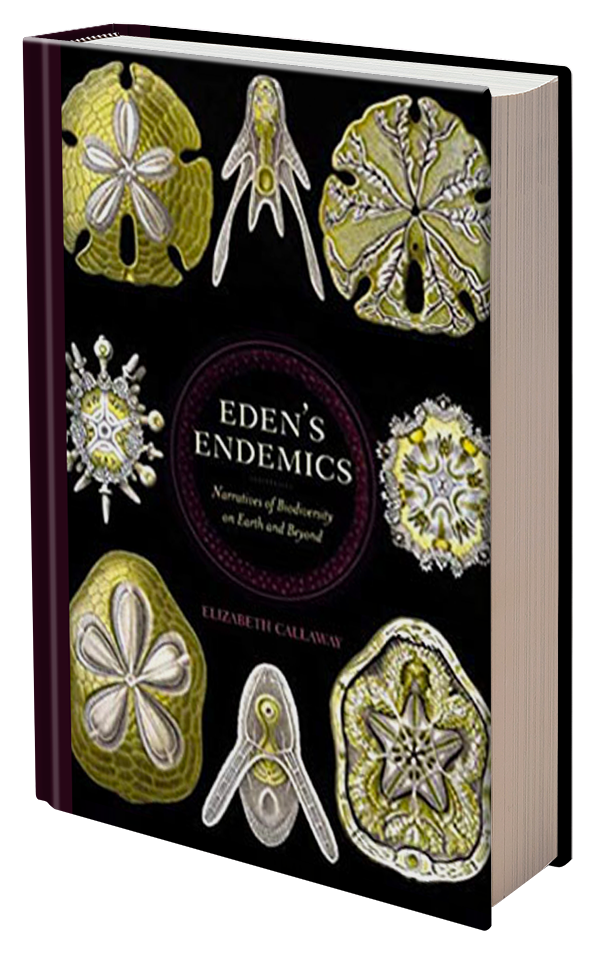 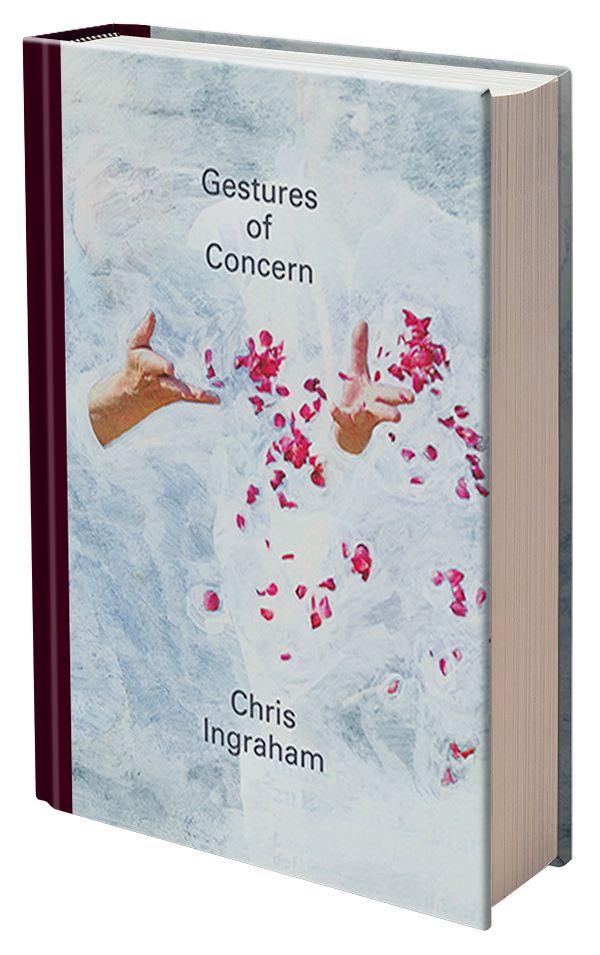 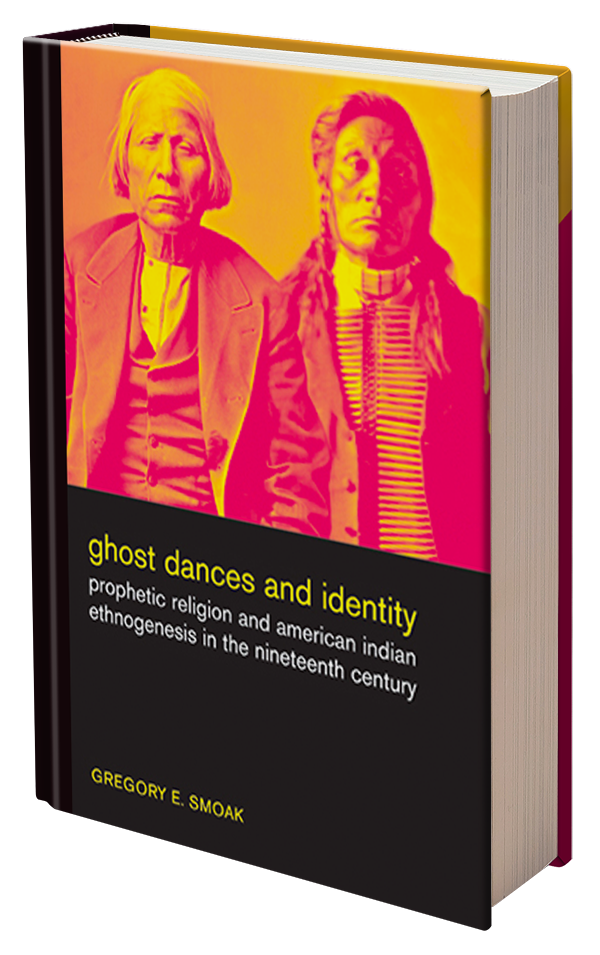 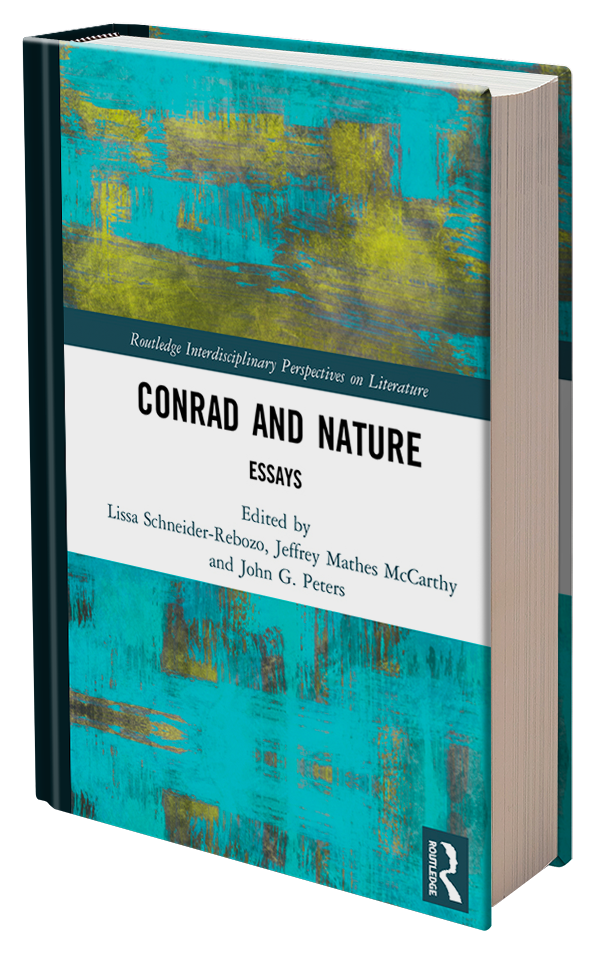 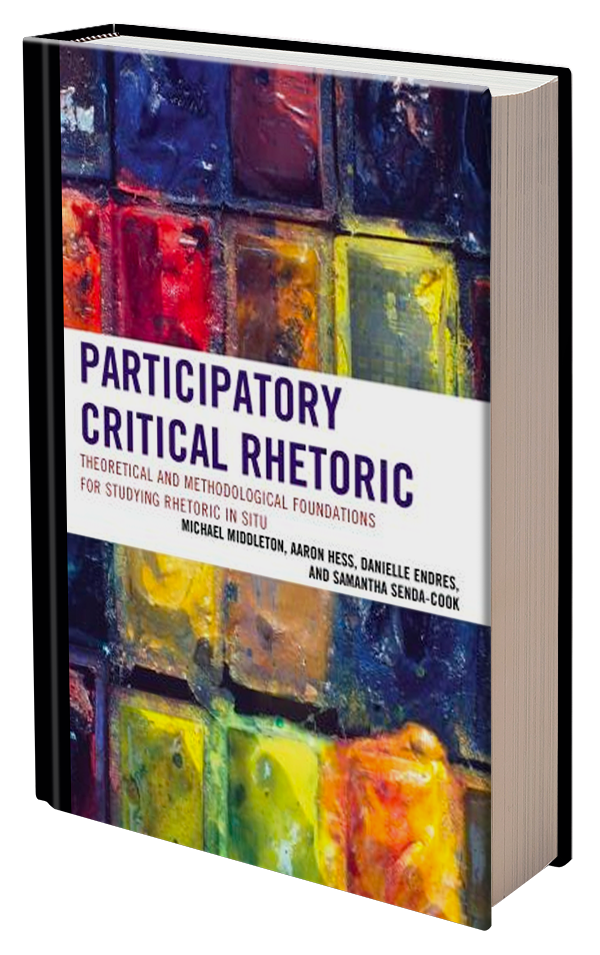 “Increasingly, rhetorical scholars are using fieldwork and other ethnographic, performance, and qualitative methods to access, document, and analyze forms of everyday in situ rhetoric rather than using already documented texts. In this book, the authors argue that participatory critical rhetoric, as an approach to in situ rhetoric, is a theoretically, methodologically, and praxiologically robust approach to critical rhetorical studies. This book addresses how participatory critical rhetoric furthers understanding of the significant role that rhetoric plays in everyday life through expanding the archive of rhetorical practices and texts, emplacing rhetorical critics in direct conversation with rhetors and audiences at the moment of rhetorical invention, and highlighting marginalized voices that might otherwise go unnoticed. This book organizes the theoretical and methodological foundations of participatory critical rhetoric through four vectors that enhance conventional rhetorical approaches: 1) the political commitments of the critic; 2) rhetorical reflexivity and the role of the embodied critic; 3) emplaced rhetoric and the interplay between the field, text, and context; and 4) multiperspectival judgment that is informed by direct participation with rhetors and audiences. In addition to laying the groundwork and advocating for the approach, Participatory Critical Rhetoric also offers significant contributions to rhetorical theory and criticism more broadly by revisiting the field’s understanding of core topics such as role of the critic, text/context, audience, rhetorical effect, and the purpose of criticism. Further, it enhances theoretical conversations about material rhetoric, place/space, affect, intersectional rhetoric, embodiment, and rhetorical reflexivity.”

“Conrad and Nature is the first collection of critical essays examining nature and the environment in Joseph Conrad's writings. Together, these essays by established and emerging scholars reveal both the crucial importance of nature in Conrad's work, and the vital, ongoing relevance of Conrad's treatment of the environment in our era of globalization and climate change. No richer subject matter for an environmentally-engaged criticism can be found than the Conradian contexts and themes under investigation in this volume: island cultures, colonial occupations, storms at sea, mining and extraction, inconstant weather, ecological collapse, and human communities competing for resources.”

“Contact collects new and classic first-person climbing stories from North America’s best-known climbers and writers. Mountain climbers are important but overlooked commentators on the environment, and this collection of alpine adventures demonstrates the relationship between climbers and nature both for a popular audience and for academics working in the field of environmental literature. Contributors include Gary Snyder, John Daniel, Chris McNamara, and Greg Child.”

“One of the first studies to explore the relationship between environmental criticism and British modernism, Green Modernism explores the cultural function of nature in the modernist novel between 1900 and 1930. This theoretically engaged, historically informed book brings new materialist insights to novels by Conrad, Ford, Lawrence, and Butts.”

The Tragedy of the Commodity: Oceans, Fisheries, and Aquaculture

Brett Clark (with Stefano B. Longo and Rebecca Clausen)

“Although humans have long depended on oceans and aquatic ecosystems for sustenance and trade, only recently has human influence on these resources dramatically increased, transforming and undermining oceanic environments throughout the world. Marine ecosystems are in a crisis that is global in scope, rapid in pace, and colossal in scale. In The Tragedy of the Commodity, sociologists Stefano B. Longo, Rebecca Clausen, and Brett Clark explore the role human influence plays in this crisis, highlighting the social and economic forces that are at the heart of this looming ecological problem.

“In a critique of the classic theory ‘the tragedy of the commons’ by ecologist Garrett Hardin, the authors move beyond simplistic explanations—such as unrestrained self-interest or population growth—to argue that it is the commodification of aquatic resources that leads to the depletion of fisheries and the development of environmentally suspect means of aquaculture. To illustrate this argument, the book features two fascinating case studies—the thousand-year history of the bluefin tuna fishery in the Mediterranean and the massive Pacific salmon fishery. Longo, Clausen, and Clark describe how new fishing technologies, transformations in ships and storage capacities, and the expansion of seafood markets combined to alter radically and permanently these crucial ecosystems. In doing so, the authors underscore how the particular organization of social production contributes to ecological degradation and an increase in the pressures placed upon the ocean. The authors highlight the historical, political, economic, and cultural forces that shape how we interact with the larger biophysical world. A path-breaking analysis of overfishing, The Tragedy of the Commodity yields insight into issues such as deforestation, biodiversity loss, pollution, and climate change.”

The Ecological Rift: Capitalism’s War on the Earth

“Humanity in the twenty-first century is facing what might be described as its ultimate environmental catastrophe: the destruction of the climate that has nurtured human civilization and with it the basis of life on earth as we know it. All ecosystems on the planet are now in decline. Enormous rifts have been driven through the delicate fabric of the biosphere. The economy and the earth are headed for a fateful collision—if we don’t alter course.

“In The Ecological Rift: Capitalism’s War on the Earth, environmental sociologists John Bellamy Foster, Brett Clark, and Richard York offer a radical assessment of both the problem and the solution. They argue that the source of our ecological crisis lies in the paradox of wealth in capitalist society, which expands individual riches at the expense of public wealth, including the wealth of nature. In the process, a huge ecological rift is driven between human beings and nature, undermining the conditions of sustainable existence: a rift in the metabolic relation between humanity and nature that is irreparable within capitalist society, since integral to its very laws of motion.

“Critically examining the sanguine arguments of mainstream economists and technologists, Foster, Clark, and York insist instead that fundamental changes in social relations must occur if the ecological (and social) problems presently facing us are to be transcended. Their analysis relies on the development of a deep dialectical naturalism concerned with issues of ecology and evolution and their interaction with the economy. Importantly, they offer reasons for revolutionary hope in moving beyond the regime of capital and toward a society of sustainable human development.”

Winner of the 2010 Gerald L. Young Book Award, bestowed by the Society for Human Ecology

“This innovative cultural history examines wide-ranging issues of religion, politics, and identity through an analysis of the American Indian Ghost Dance movement and its significance for two little-studied tribes: the Shoshones and Bannocks. The Ghost Dance has become a metaphor for the death of American Indian culture, but as Gregory Smoak argues, it was not the desperate fantasy of a dying people but a powerful expression of a racialized ‘Indianness.’ While the Ghost Dance did appeal to supernatural forces to restore power to native peoples, on another level it became a vehicle for the expression of meaningful social identities that crossed ethnic, tribal, and historical boundaries. Looking closely at the Ghost Dances of 1870 and 1890, Smoak constructs a far-reaching, new argument about the formation of ethnic and racial identity among American Indians. He examines the origins of Shoshone and Bannock ethnicity, follows these peoples through a period of declining autonomy vis-a-vis the United States government, and finally puts their experience and the Ghost Dances within the larger context of identity formation and emerging nationalism which marked United States history in the nineteenth century.”

“Climate change is one of the most significant environmental issues of our time. As is the case for the environmental movement in general, social activism is a crucial venue in which to advocate for policies to slow global warming and mitigate the effects of climate change. Recently, several campaigns have emerged within a global effort to create a climate change social movement. Step It Up is one such campaign. …. This edited volume is the culmination of a national research project on the Step It Up campaign that examines the strategic aspects of constructing social movements and campaigns. Chapter authors attended seventeen local SIU actions in eight states. Using participant observation, interviewing, and rhetorical analysis, the chapters in this volume contribute to our understanding of rhetorical framing, modes of organizing, and practices of citizenship for contemporary social movements. This unique approach to studying a campaign as it happened yields important insights for both scholars and social movement practitioners.”

Winner of the Christine L. Oravec Award in Environmental Communication

This handbook offers a comprehensive transdisciplinary examination of the research and practices that constitute the emerging research agenda in energy democracy.

With protests over fossil fuels and controversies over nuclear and renewable energy technologies, democratic ideals have contributed to an emerging social movement. Energy democracy captures this movement and addresses the issues of energy access, ownership, and participation at a time when there are expanding social, political, environmental, and economic demands on energy systems. This volume defines energy democracy as both a social movement and an academic area of study and examines it through a social science and humanities lens, explaining key concepts and reflecting state-of-the-art research. The collection is comprised of six parts:

The vision of this handbook is explicitly transdisciplinary and global, including contributions from interdisciplinary international scholars and practitioners. The Routledge Handbook of Energy Democracy will be the premier source for all students and researchers interested in the field of energy, including policy, politics, transitions, access, justice, and public participation.

Eden's Endemics : Narratives of Biodiversity on Earth and Beyond

In the past thirty years, biodiversity has become one of the central organizing principles through which we understand the nonhuman environment. Its deceptively simple definition as the variation among living organisms masks its status as a hotly contested term both within the sciences and more broadly. In Eden’s Endemics, Elizabeth Callaway looks to cultural objects―novels, memoirs, databases, visualizations, and poetry― that depict many species at once to consider the question of how we narrate organisms in their multiplicity.

Touching on topics ranging from seed banks to science fiction to bird-watching, Callaway argues that there is no set, generally accepted way to measure biodiversity. Westerners tend to conceptualize it according to one or more of an array of tropes rooted in colonial history such as the Lost Eden, Noah’s Ark, and Tree-of-Life imagery. These conceptualizations affect what kinds of biodiversities are prioritized for protection. While using biodiversity as a way to talk about the world aims to highlight what is most valued in nature, it can produce narratives that reinforce certain power differentials―with real-life consequences for conservation projects. Thus the choices made when portraying biodiversity impact what is visible, what is visceral, and what is unquestioned common sense about the patterns of life on Earth.

In Gestures of Concern Chris Ingraham shows that while gestures such as sending a “Get Well” card may not be instrumentally effective, they do exert an intrinsically affective force on a field of social relations. From liking, sharing, posting, or swiping to watching a TED Talk or wearing an “I Voted” sticker, such gestures operate as much through affective registers as they do through overt symbolic action. Ingraham demonstrates that gestures of concern are central to establishing the necessary conditions for larger social or political change because they give the everyday aesthetic and rhetorical practices of public life the capacity to attain some socially legible momentum. Rather than supporting the notion that vociferous public communication is the best means for political and social change, Ingraham advances the idea that concerned gestures can help to build the affective communities that orient us to one another with an imaginable future in mind. Ultimately, he shows how acts that many may consider trivial or banal are integral to establishing those background conditions capable of fostering more inclusive social or political change.