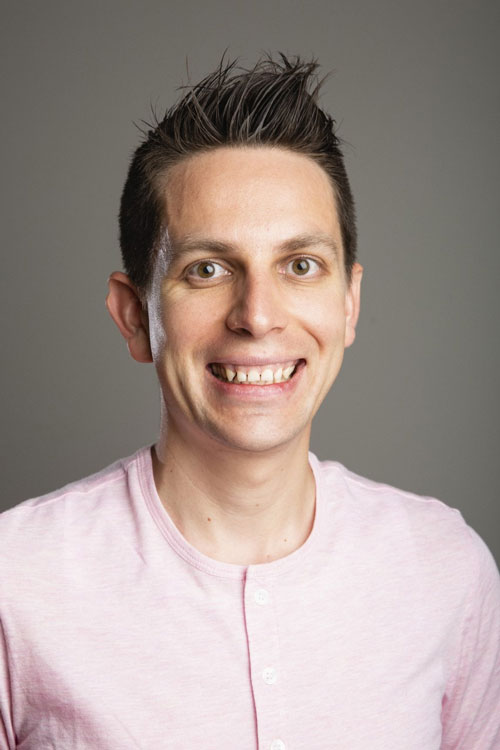 Carlos Gray Santana is an associate professor in the Philosophy Department at the University of Utah. Carlos was the Environmental Humanities Research Professor in 2017 and has been an affiliated faulty member of the Environmental Humanities Program ever since. Carlos is a philosopher of science. He works with researchers in the earth and environmental sciences to identify conceptual, methodological, and value-oriented issues in their sciences, and bring philosophical methods to bear in addressing them. His recent research covers topics such as novel ecoystems, the Anthropocene, and science and democracy.

As a philosopher of science, how do you address issues in the sciences? What drew you to apply philosophical methods to earth and environmental sciences?

I’m a consulting conceptual engineer—I help scientists address conceptual issues in their fields. Often these have to do with new and contested concepts, like, to give two examples from my recent work, ANTHROPOCENE and NOVEL ECOSYSTEM. Philosophy can be helpful in cases like these because our tools:
-reveal tacit assumptions and distinctions
-draw out the value-based elements that often hide in scientific concepts
-and determine how a concept functions in the broader network of concepts and methods.

Why do this instead of just being an environmental scientist? Well, I get bored easily, so I’d rather be the jack-of-all-trades who contributes a little in a bunch of different places rather than the specialist who really digs into one thing. To build a career, academic scientists generally need to be more of the latter, whereas philosophy gives me the freedom to dabble in a bunch of different things.
That said, there’s no hard distinction between philosophy and science. I do science: my research has involved running experiments, coding simulations, devising mathematical proofs, and fieldwork with ecologists and geologists. And scientists do philosophy: they’re constantly grappling with the ethics, epistemology, and metaphysics of their fields.

NOVEL ECOSYSTEM is a contested concepts, with a flurry of definitions out there. The version of the I like runs as follows. A novel ecosystem is what happens when you take a place substantially altered by human activity, and then let non-human nature do its thing. A garden isn’t a novel ecosystem, because we micromanage it. But an ‘overgrown’ ‘vacant’ lot is, since its development isn’t human-directed. Novel ecosystems like shipwrecks, vegetated walls, landfills, islands of floating plastic, etc. are important:
-scientifically because they provide a broad new array of data to ecological science
-to the health of the planet because they’re where non-human organisms are creating systems that allow them to thrive in a human-altered world
-to us, because even though novel ecosystems aren’t wilderness, they are full of wildness, and encounters with wildness, with the agency and power of the non-human world, is important to our well-being as individuals and as societies.

What else are you currently researching? What questions are you exploring?

I’m focused right now on how to make science and democracy work better together. There’s a lot of buzz around citizen science, but that’s mostly just scientists getting free labor from volunteers. The buzz needs to be around stronger models of community involvement in science, ones where laypeople are involved at every stage. I just published a paper arguing that we should replace much of our system of peer review for science funding with review by laypeople, for instance.
I have other projects in the works, and if you want to hear me geek out, ask me about mineral classification or language conservation.

What drew you to teach and serve with the Environmental Humanities Program?

I started as the faculty research fellow one year, and quickly realized (a) that the people in the EH program are awesome, and would help me balance out the more scientific perspective I tend to take in my research and teaching, and (b) EH has incredible students doing meaningful projects, and I want to be part of that. So I stuck with the program even after my fellowship ended.

For our current students, what would you recommend to be successful in the program?

Successful grad students tend to realize that they’re not students the same way undergrads are. Instead, they’re apprentice professionals. We faculty are here to help, but you get to be—have to be—largely self-directed and self-motivated. So, in consultation with faculty, find a project that you’re passionate about. And if you run into trouble, take the initiative to reach out.

What do you enjoy doing in your free time?

Mostly athletics. Right now, my sports, in order of priority, are climbing, ultimate frisbee, canyoneering, trail running, and whitewater kayaking. My partner likes to tease me for ‘exercising twice a day,’ but I think of it as ‘not wasting the privilege I have, getting to live in Utah.’
I also enjoy nerdy stuff, especially tabletop games, but it turns out people don’t want you on their gaming crew when you’re off on an outdoor trip almost every weekend, so I haven’t been doing as much of that lately.