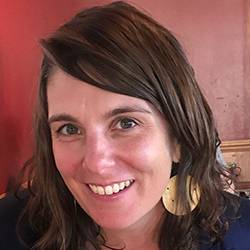 Dr. Rachel Mason Dentinger is an Assistant Professor in the Department of History and she is the current Environmental Humanities Research Professor for the 2021-2022 term. Her research is in the history of science, in particular co-evolutionary studies, and how we study and frame the relationships between insects and plants.

Dr. Mason Dentinger was kind enough to send written answers to some questions that I sent her this month.

You’re the 2021 EH Research Professor! Could you describe your project?

As a historian of biology, I study how science—as a social, cultural, and material phenomenon—has changed over time. My current project focuses on the history of “coevolutionary studies,” a field that took shape in the 1960s in an attempt to understand the evolutionary processes that produce intimate ecological relationships between distantly related species of organisms.

Most people will think right away of pollination relationships, where a flower and an insect have highly specialized adaptations to each other, in which only one insect species’ mouthparts will “fit” with one flower’s configuration, for instance. But when I dug into the scientific foundations of coevolution, I saw that it arose initially as a description of a form of “natural warfare” between insects and plants. It was a response to much less benign relationships between insects and plants, as well as between insects and humans. The scientists who studied these questions drew concepts and methods from our own agricultural and public health “war” with insects. And they saw with increasing clarity that we were losing that war – insects were rapidly evolving resistance to whatever poisons we threw at them. Studying how insecticides could shape insect evolution provided a material and intellectual basis for understanding chemical constituents of plants as “natural insecticides.”  Given this scientific origin and the Cold War context, which shaped U.S. government funding initiatives as well as the American mindset, is it any wonder that coevolutionary biologists posited an evolutionary “arms race” to describe how insects and plants had evolved? 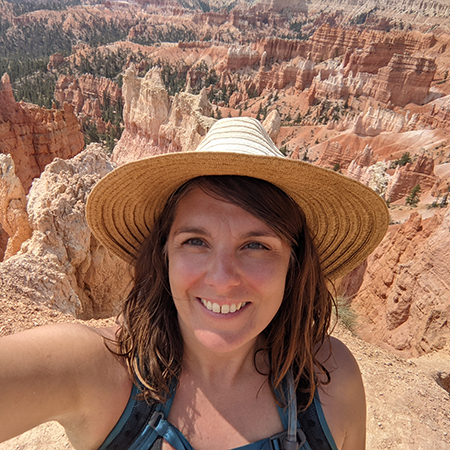 How do co-evolutionary studies fit within EH?

Scientific concepts of how organisms interact and how they have evolved play such an authoritative role in our more general cultural understanding of “nature” and “the environment.” Coevolution, both implicitly and explicitly, influences how we see a whole range of biological relationships as well as providing rationales for conservation and restoration strategies. I see interrogating the origins of such a pivotal idea as critical in understanding how humans relate to rest of the world; in other words, the construction of coevolutionary theory has had ramifications for the construction of human ideas about “nature” and vice versa. What implications do the agonistic and militaristic origins of coevolutionary theory have for our understanding of the human place in the world? This is one of the questions my project seeks to answer.

Your undergraduate background is in Ecology. How did that major encourage you to enter History of Science and Technology at the PhD level?

I have long been deeply interested in ecological interactions between organisms and I thought that I wanted to study them. When I stumbled on the history of science as an undergrad, I saw it as enriching my experience of the field that I was entering. But when I began working in a biomedical laboratory after graduation, I realized that I had a lot of questions about how science is done and why it takes the shape that it does. I found that instead of doing science myself, I wanted to step outside of it and understand it more critically.

My favorite plant-insect relationship has to be the interaction between the bull’s-horn acacia and acacia ant. British mining engineer Thomas Belt, when working in Nicaragua in 1868, described the ants as a “standing army” that defends the acacia from other herbivores, fighting off leaf-cutter ants and stinging larger animals. He observed that “[f]or these services,” the ants receive shelter and food from the plant. In the 1960s, acacias and their ants became one of the emblematic coevolutionary systems.

I love this system because it really captures both the mutualism that we often associate with coevolution and the “natural warfare” that underlies that initial beneficent impression. Even better, it also reveals the formidable agency that coevolutionary biologists attribute to their plants and their “chemical weapons”: When ecologist Dan Janzen wrote about the system in the 1960s, he considered the ants to be proxies for the repellant chemicals that other acacia species produced. In other words, we can trace fascinating discursive transfers of a very anthropomorphic form of agency, creating equivalencies between a human “army,” a population of ants, and the chemicals produced by a plant, an aspect of this history that I find especially exciting.

An acacia ant on bullhorn acacia 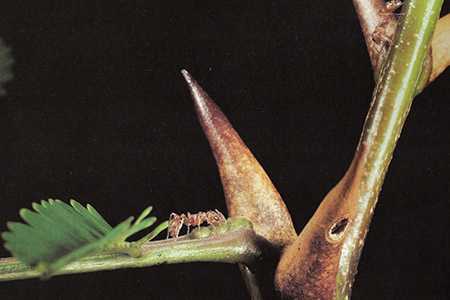